SATTE MumbaiWest, which included two days of B2B meetings amongst the travel and tourism community from Western India, has significantly grown in the last three years of its existence. In its fourth edition, SATTE MumbaiWest has to its credit, exhibitors from across the industry. The event was inaugurated by Chhagan Bhujbal, Minister for Tourism, Govt. of Maharashtra. State Tourism Boards that are keen on expanding business with the western region have joined hands to be a part of the trade show. Tourism entities such as Goa Tourism Development Corporation; Chhattisgarh Tourism Board; West Bengal Tourism; Karnataka Tourism; Tamil Nadu Tourism; Maharashtra Tourism Development Corporation; Kerala Tourism and Madhya Pradesh State Tourism Development Corporation are some of the confirmed participants. 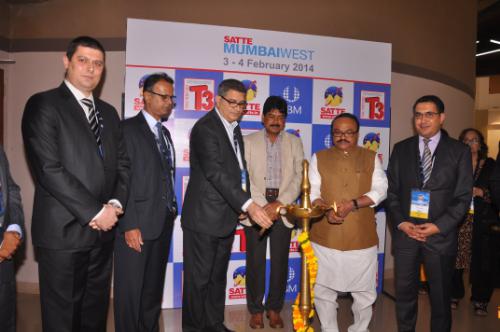 Additionally, the State Tourism Boards of West Bengal and Maharashtra leveraged the platform provided by SATTE MumbaiWest to update the fraternity on their respective states and their offerings through destination briefings.

With India emerging as one of the fastest growing travel market, the NTOs are keen to tap the potential of this segment. With metros being the largest feeder markets and Mumbai being one of the country's largest source markets in the western region, the NTOs have participated in SATTE MumbaiWest 2014 to further optimise the potential. Korea Tourism Organization; Ministry Of Tourism, Sultanate of Oman; Zagreb Tourist Board; Cambodia Ministry of Tourism; Government of Dubai, Department of Tourism & Commerce Marketing; Turkish Culture & Tourism Office and Tourism Malaysia are among the names that have been showcasing their destinations at the event.

In addition to the NTOs, international DMCs and tour operators have been here: such as Andaman Escapades; Al - Tayyar Travel Group - Egypt; Chariot Holidays; Heritage Tours (Israel); Lavasa Tourism and Freedom Holidays Incoming. Opinion: optimistic with regard to the potential of the Indian market, intention to increase visibility through SATTE MumbaiWest 2014.

SATTE 2014 Mumbai edition had extensive representation from the hospitality industry too.

New additions to the 2014 SATTE included Zambia, Singapore, Taiwan, Bangladesh, Armenia, and Gold Coast (Australia), while USA, Kenya, Nepal, Bhutan, Turkey and Seychelles increased their presence at SATTE 2014. SATTE's enhanced buyer programme offered an incentivised Pre-Scheduled Appointments (PSAs) system enabling buyers to schedule appointments, ensuring opportunities for international and regional senior level buyers to source new destinations and travel products on the show floor. "UBM India's focus for SATTE has always been to establish India as one of the most sought after, tourism destination on the global tourism map", said Joji George, Managing Director, UBM India. "SATTE 2014, as a event offering world-class networking platform to the travel and tourism industry to meet, network and grow their businesses, has received phenomenal response from the industry."