The Black Forest with its dense forest, bright mountain tops and peaks with the most spectacular views, mysterious glacial lakes and romantic valleys is a popular destination for holidaymakers and visitors. 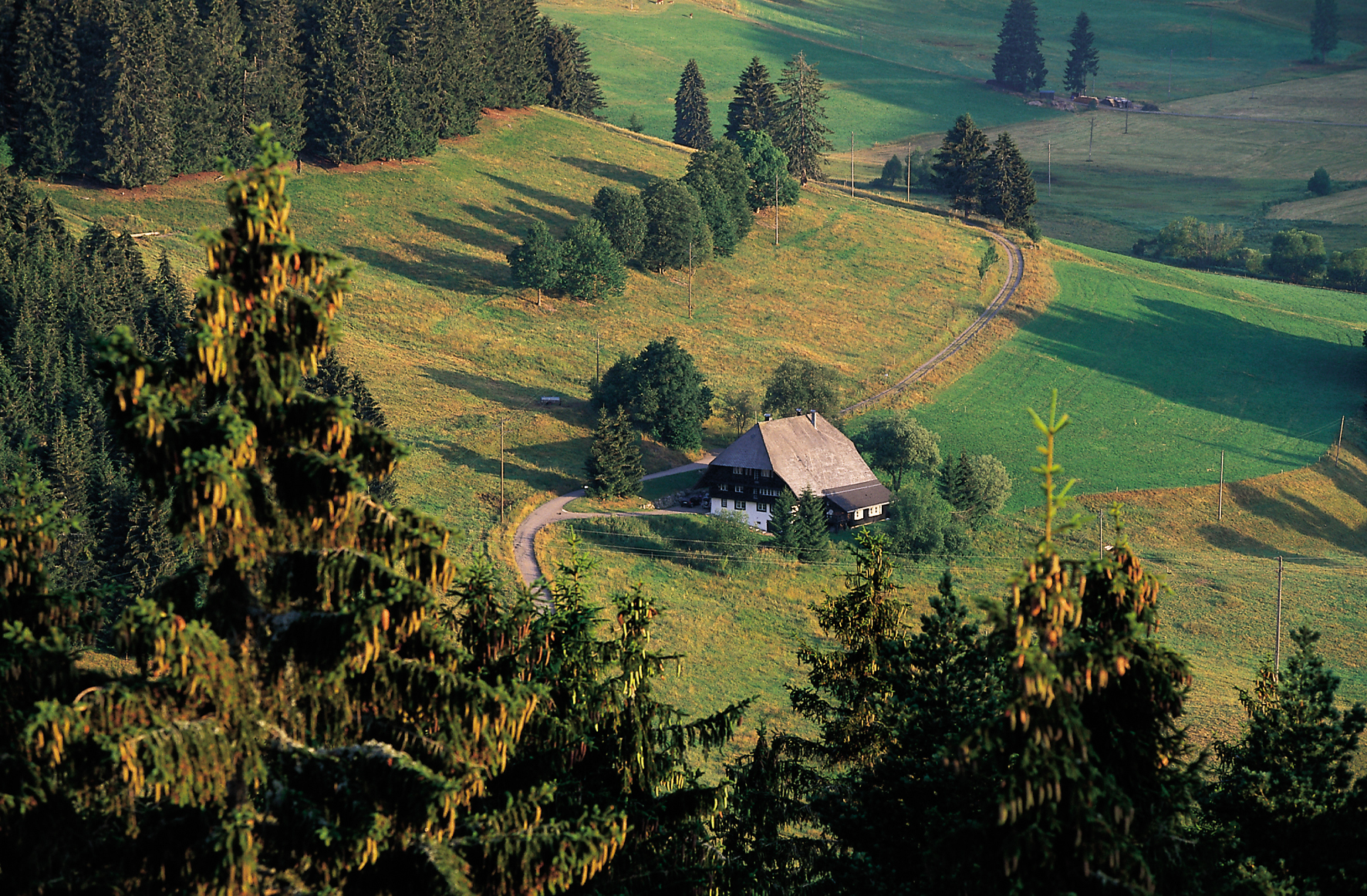 The picture post card sights: Quaint little Black Forest farms nestled into the hills, glittering lakes, wide rolling moors and romantic gorges. Whilst the southern Black Forest regions are home to the highest peaks in the mountain range and magnificent views as far as the Swiss Alps, the north near Karlsruhe impresses guests with its great forests and beautiful valleys. And along the Rhine the Markgräflerland, Kaiserstuhl and Ortenau provide some of the most picturesque wine landscapes on which the best wine grapes ripen.

now mostly disappeared from western Europe, are perfectly preserved in the countryside of the Black Forest. Shaped over hundreds of years of farming, the area has taken on its unmistakable appearance as a result. It is because of this that the entire Black Forest has been protected as a national park - the biggest in the whole of Germany.

To take in these unique surroundings with all the senses is certainly an unforgettable experience - and the ranger or forester guided walking tours along unspoiled nature paths are the best possibility to do exactly this. Educational pathways are a good source of local knowledge and give information about water, energy, culture and history, wildlife and land use. Many paths make nature and environment really come alive. In particularly sensitive areas of the Black Forest countryside, Rangers ensure needs of guests and wildlife are both respected. The Feldberg, the Wutach gorge and the Schliffkopf are three such areas. The wildly romantic Wutach gorge is, especially in spring to autumn, a favourite walking route in the Black Forest.

Of course the cows and meadows also belong to the Black Forest image. Different to the black and white or cream coloured cattle more often seen in the Allgäu or in Friesland, the Black Forest cows belong to the rare breed of "Hinterwälder" cows. First hand experience of the farm animals can also be had on a farm holiday. Cows, sheep and goats not only produce milk and wool but help to keep the Black Forest countryside in working order. Without them the Black Forest would again grow uncontrollably to a dense wood. The Hinterwälder cows can be seen on the mountain pastures near Bernau, Schönau and Todtnau as they graze the steepest slopes.

It's difficult to believe but in the Black Forest there are also camels and ostriches to be admired. The big birds can be seen in St. Peter near Freiburg where the two metre tall blue necked ostriches live on a 300 year old Black Forest farm. In Rotfelden over 60 Black Forest camels are also kept in the lap of luxury. It is no longer necessary to make a trip to the desert to finally ride a camel. Everything is possible in the Black Forest.