SouthWest Germany, the German federal state of Baden-Württemberg, and Maharashtra, the popular Indian holiday destination, have signed an agreement providing for increased co-operation between their respective tourism industries. This historic accord took place when tourism leaders from both regions met at ITB, the important annual international tourism fair in Berlin. 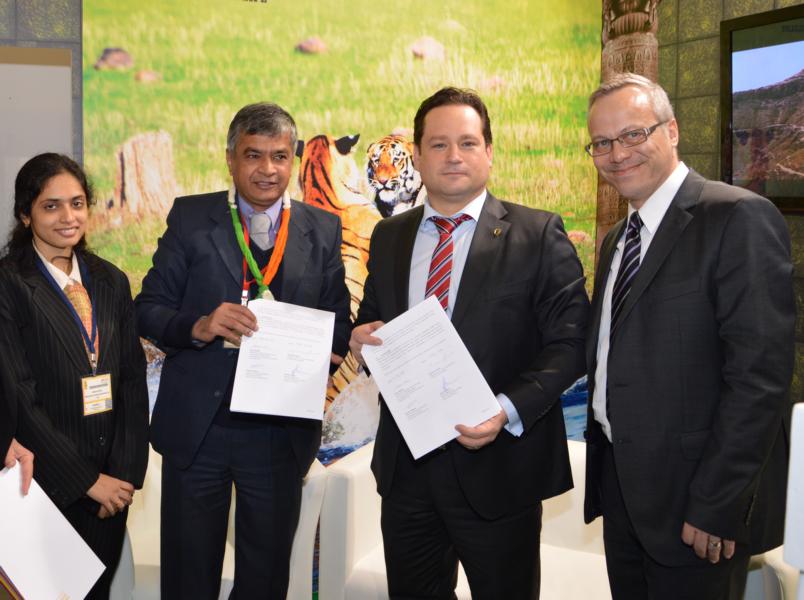 Alexander Bonde, Baden-Württemberg's Minister of Tourism, and Andreas Braun, Managing Director of Tourismus Marketing GmbH Baden-Württemberg (TMBW), met at the India Pavilion at ITB for talks with Sumit Mullik, Additional Chief Secretary (Tourism) of the Government of Maharashtra, and Manasi Kothare, Officer International Relations of the Maharashtra Tourism Development Corporation (MTDC). Both sides agreed to co-operate in future on tourism marketing in the two regions.

This co-operation between SouthWest Germany and Maharashtra builds on the long-standing partnership between the capitals of the two regions: the cities of Stuttgart and Mumbai. The two have already been working together for 46 years. In recent years, India has grown into the second largest Asian market (after China) for tourists to Baden-Württemberg. Between 2006 and 2013, the number of Indian overnight guests has nearly doubled. In the most recent survey, the number of overnights from India rose sharply by 7.1 percent to 157,000 in 2013.