Further strengthening Karlsruhe and the “Technologieregion” in an international sense, too, is a plan that Karlsruher Messe- und Kongress-GmbH (KMK) and the business development agency are jointly pursuing in Pune in India, particularly in view of the fact that some 220 German companies have already set up business in and around Pune, a city with 4 million inhabitants. This in itself has considerably boosted Indian citizens’ interest in Germany. Knowing markets, creating framework conditions, and providing networks: a formula for success and a plan that is regarded with favour in India as well. 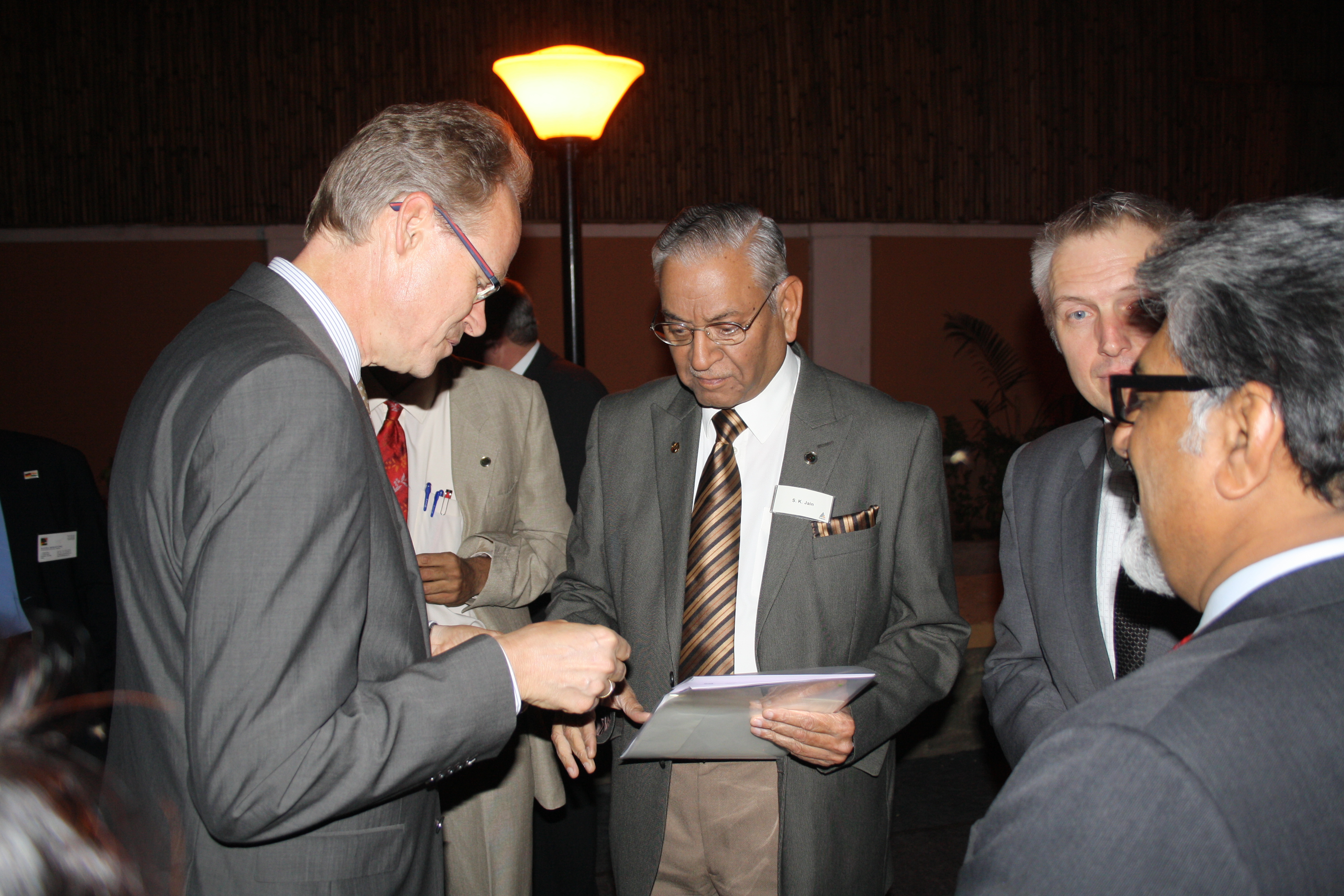 “A promising beginning,” emphasises S. K. Jain, vice president of Mahratta Chamber of Commerce, Industries and Agriculture (MCCIA) in Pune, “for Karlsruhe and Pune have a lot in common, providing a base we can build on – and a task that is to be gone into in more depth in Karlsruhe, too, on a forthcoming trade delegation’s trip to Germany.”

After a period of planning a organisation, last week a delegation from Karlsruhe gave a presentation of their home region as a location for business and industry – before an audience of over 110 Indian companies, decision-makers, and multipliers. “Indian interest is enormous,” says Klaus Hofmann, managing director of KMK, ranging from basic input for new ideas and questions on imports to companies looking for a representative office in Germany and those on the lookout for partners for customised IT solutions: the spectrum of enquiries was huge. “Great stuff,” commented a very pleased Dr Hans-Dieter Roth of “Baden-Württemberg International”, the state’s business development agency. “Excellent work by Karlsruhe!”

Business meets business: A wide range of first beginnings are recognisable for joint projects. “I am certain that we will have established good links and networks in the shortest possible time,” said Jain. “This networking generates very good framework conditions for both sides and promotes better understanding as well,” explains Dr Leopold-Theodor Heldman, German Consul General in Mumbai: “the intention is to get people enthusiastic about Germany – beyond machines and business, too. Karlsruhe can find the right partners here.” Particularly since Germany is a very important partner for Indian companies. Whether local public transport, private transport, energy, IT, or cars: the range of subjects about all aspects of Karlsruhe aroused a lot of attention. As the Chamber also covers the agricultural sector and the subject of water resource management is a central issue in the Pune region, a great deal of interest was shown in the KMK’s integrated water resources management convention “IWRM Karlsruhe” in November – the Chamber is planning to have a delegation attend it.

High-tech and innovation that gets across to people – especially in and around Pune. “Connecting ideas,” the KMK slogan couldn’t be more apt in this context. “First-class cooperative efforts between the two cities are already in the making,” said S. H. Kopardekar, senior manager of the MCCIA. “It’s essential that we continue to pursue them because many future issues such as intelligent mobility and internationalisation are the same challenges,” added Ralf Eichhorn of the Karlsruhe business development agency.

Some first contacts have already been established, said “Nextmotive” boss Avinash Belgamwar, who manufactures small utility vehicles. “Our son Akash is studying in Karlsruhe!” The city was his first choice because “the university has a great reputation. And wherever cars are involved, Germany is in pole position. Put the two together and you’ve got Karlsruhe.” Karlsruhe is right at the front. And “Learntec”, the international figurehead trade fair for professional education, learning, and IT, is a winner in India. “Our company is visiting Karlsruhe at the end of January, our intention is to establish more points of contact with Karlsruhe,” said Gaurav Vaidya, business development manager of “Extentia”. KMK and the business development agency are forging the links, putting Karlsruhe companies in touch with Indian partners, explaining the benefits of the area as a location for business to Indian companies, ensuring that the internationalisation of the trade fairs keeps the focus of attention on Karlsruhe and the region – boosting tourism in Karlsruhe in the process, proof of which can be seen in the consistent rise in visitor numbers; the growth in guests from India was into double figures in 2009 and 2010.