Make it in Germany E

Make it in Germany E

"Make it in Germany"

“Make it in Germany” at “Smart Cities” event in Pune

In 2013 the cities of Karlsruhe and Pune signed a Memorandum of Understanding to strengthen the economic cooperation between companies of the two cities. At the occasion of this year's kick-off meeting in Pune, the "Make-it-in-Germany" team had the chance to present the initiative to Indian and German Industry representatives. 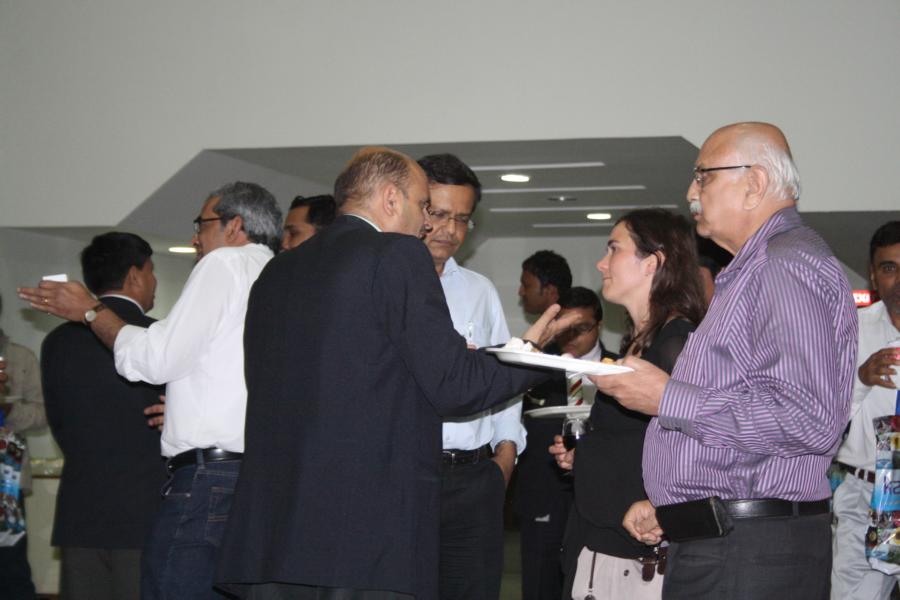 A German delegation - among others including authorities from the Economic Development Department Karlsruhe and the Chamber of Commerce Karlsruhe as well as business representatives from India - joined the event. The subject of business cooperation and knowledge transfer between the two partner cities was the major theme of the event. By introducing the "Make-it-in-Germany" initiative, it became clear that in future the cooperation between businesses from the two cities will also enhance the Migration of STEM professionals (Science, Technology, Engineering, Mathematics) between the two countries.