KIT Students Develop a Software to Search Websites for Trackers

Every internet surfer knows the phenomenon: When accessing a news portal, links to offers, videos, images, and advertisements of mail order companies, utilities, or airlines open up simultaneously. They appear to fit exactly to the PC user. Who investigates our interests and preferences in the web? The software developed by students of Karlsruhe Institute of Technology (KIT) makes these “data trackers” and third-party providers visible and shows to which countries our data are sent. 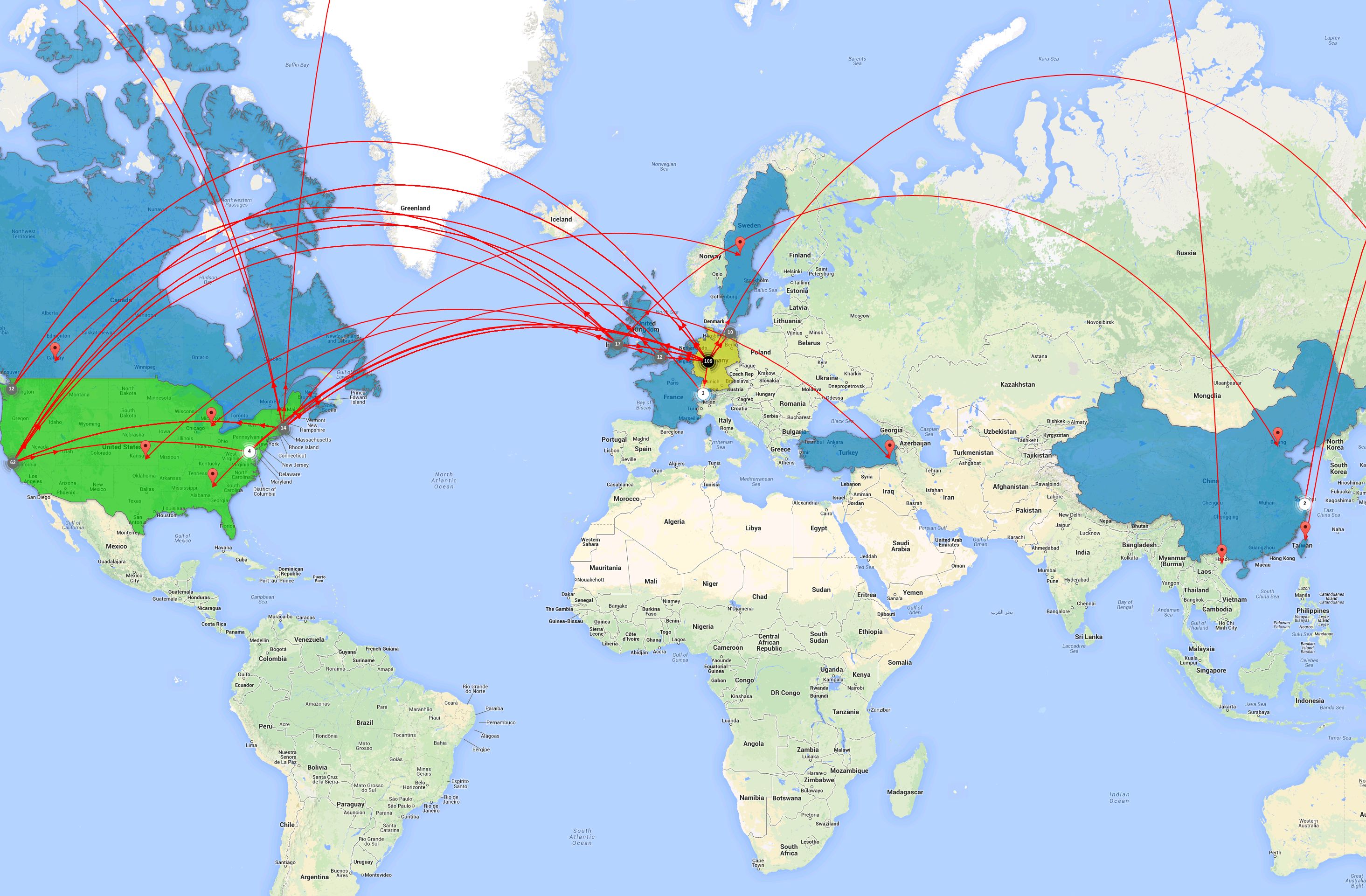 Where do my data go? The "BackTrack" software developed by KIT students illustrates that. Photo: KIT/ITM-DSN

Whoever accesses a website will not only download the data of this site, but also contents, by means of which third parties can analyze the user, his personal data, and his behavior on the internet. A team of six KIT students of informatics has now studied this topic with particular attention being paid to the private sphere of users on the internet.

“Tracking the trackers – who tracks me on the web?” was the question, under which the young computer scientists developed a software to search a certain number of websites for trackers. These websites may be the websites accessed last from the own PC or the 100 most frequently visited websites in Germany. The software identifies, collects, and analyzes third-party providers and trackers, i.e. services spying on the data traffic of the user and evaluating it for specific advertisements. “The objective was to obtain an idea of how users are monitored when they are surfing in the web,” Dr. Sebastian Labitzke says. He was one of the scientific supervisors of the work performed by the highly motivated and creative team of KIT students.

The software developed by the young computer scientists clearly illustrates to which dealers and providers at which places in the world the data are transmitted. According to the map, data flow from the initially accessed website all around the globe, to the Netherlands as well as to the USA or Taiwan. For the users, this knowledge may be important due to the different legislations in these countries. “Our work visualizes the rather abstract web structures,” Professor Hannes Hartenstein says. The student project was organized at his Chair for Decentralized Systems and Network Services of the Institute of Telematics (ITM). According to the scientist, the teaching module “Practice of software development” established at KIT’s Department of Informatics provides students with the opportunity to gain experience for the future profession in a very early study phase. The prototype developed by the young people can now be further extended in functionality and may then serve as a highly valuable and legal tool for data protection.